I managed to configure the room booking with a map of the rooms, using the tile server provided by Indico. I managed to build a map for my area by updating the docker file and the various json files to reflect my GPS coordinates and the map is properly rendered, with the rooms added to the map.

The (short) tile server documentation mentions that the shapes have been built with QGIS but I didn’t find any explanation about what the shapes are used for (even in https://tileserver.readthedocs.io/en/latest/). I used the CERN ones which a probably useless but allow the server to work… I was wondering if the shapes could be used to add the building numbers on the map as I don’t have them for my site (or are they part of the map?). I have the feeling that the process.lua file in tilemaker directory is doing a mapping with some CERN-specific information but I didn’t find where this information is defined.

Thanks in advance for any hint!

The shape file is used to delimit what is inside and outside CERN. When it comes to rendering, it has two effects: the buildings are rendered in a different colour (teal) and they are numbered. That is done by adding them to the cern_building layer, which is then rendered differently. We’re also setting a metadata attribute name in that case, which is then rendered according to the style definition. 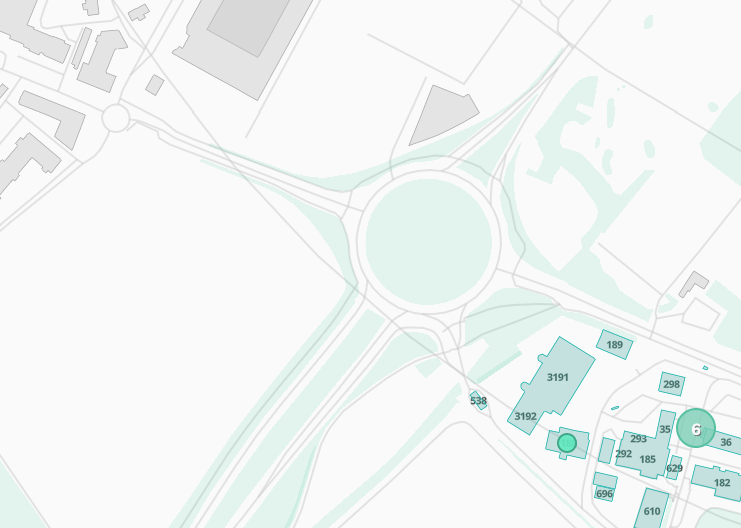 When it comes to the actual metadata (the name attribute), it’s all retrieved from OpenStreetMaps. My understanding is that someone from CERN’s GIS group contributed that directly, but I may be wrong.
For instance, if you look at building 378’s metadata, you will see that it’s marked with building = yes and the name field is also set.

Thanks for you answer. It is still unclear to me why I don’t get the building numbers on my map. Looking at http://openstreetmap.org, they are definitely present and I guessed retrieved when the map is downloaded… But they are not present in the map displayed by Indico. Is it a result of the improper shapefile (I still use the CERN one…) as you seem to menting the building numbering is done based on the shape file?

Sorry for these newbie, far from indico, questions…

Problem found… The problem was caused by a shapefile whose footprint coordinates were incorrect and outside the site map. The reason for the shapefile problem was that I made a mistake when I created it: in QGIS, I didn’t create it from the OSM file corresponding to my site but from the OSM standard layer (which is a raster rather than vector layer if I understood properly). Because of this the shapefile footprint coordinates were incorrect and nothing was working.